Stay Connected With Us…

You are here: Home » Sermons » Remarks on the Juneteenth March 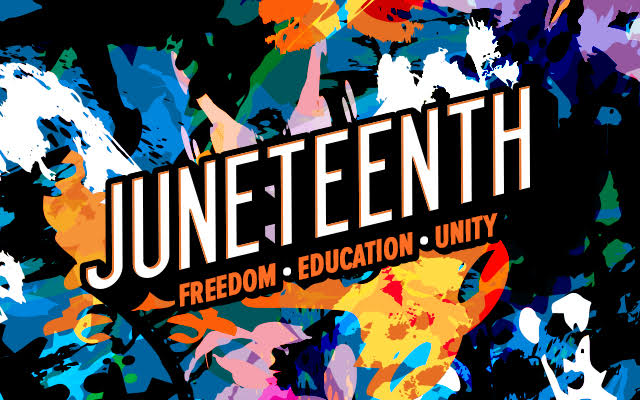 Remarks on the Juneteenth March

What an amazing sight this is!

I have been on a journey with Pastor Chris Harris for the past 8 years and we have walked a great distance together. Chris, I am so proud of the way that you, along with an army of Bright Star volunteers, have brought together elected officials, corporate leaders and so many faith traditions. You have led the way as we inaugurate the Faith in Justice and Peace Coalition. It is a privilege to call you my brother.

On this day, at this moment, I am reminded of a story from the Jewish tradition. The Children of Israel had escaped slavery, or so they thought. They had witnessed the plagues and believed that a new day had dawned. But from behind, they saw Pharaoh’s army coming after them with the goal of either taking the Israelites back to servitude or slaughtering them. In front of this terrified people was the Sea of Reeds. In their mind, all was lost; and so they cried out to God to save them. God told them to walk forward into the water. In other words, their salvation was in their hands.

And no one moved; no one believed that the impossible was possible; except for one man by the name of Nachshon.

The people watched as Nachshon walked into the water; as it reached his ankles and then his knees; his hips, his waist, his shoulders, his chin; and when the water reached his nostrils, when Nachshon could no longer breathe, he still did not stop. Nachshon just kept walking, and it was then that the water parted and God’s promise was realized.

This is our Nachshon moment.

Since this country’s beginnings, people of color have been gasping for breath as they tried to walk forward through a sea of racism and hatred in this country.

They could not breathe on the bottom of crowded slave ships.

They could not breathe with the shackles of slavery around their necks.

They could not breathe when the promise of reconstruction was snatched away from them, which led to the legal mockery that was Jim Crow.

They could not breathe when they were lynched by the thousands.

They could not breathe when discriminatory laws and red tape prevented them from receiving loans to purchase homes, to open businesses, to be truly equal members of society.

They could not breathe, knowing that their children were not receiving the same quality of education that white children were getting just miles away.

They could not breathe in the hell of prisons where the population is disproportionately black.

They could not breathe when the knee of those sworn to protect them came down on their neck and choked the life out of them, as happened with George Floyd for more than 8 agonizing minutes, and so many thousands of others whose names are only known by their loved ones, who were forced to grow up without a father or a mother, sister or a brother, son or a daughter.

This is our Nachshon Moment and we have the power to walk forward, though the water is up to our nostrils. Together, we can split the sea of systemic racism in this country and walk into a freer and more equitable tomorrow.

I know this to be true when I look out and see the spectrum of America all standing together in solidarity with the Black community.

I know this to be true when I see Christian, Muslim, Jewish, Bahai, and so many other religious leaders joined together in support of the Faith in Justice and Peace Coalition, sharing a common ethos, a common responsibility that we are our brothers’ keepers, we are our sisters’ keepers.

This is our Nachshon Moment.

But just as in Nachshon’s time, words alone are not going to split this sea. The waters will not split themselves. Together, we need to go beyond a leap of faith and take a leap of action. Led by the leadership of the Black Community, responding to our faith traditions, and with the help of God,

Ribbono Shel Olam, Master of the Universe, we hear your call to walk forth into another dangerous sea. There is no other way forward. Give us the courage to walk together, knowing that with your help, the waters of justice will part in our time. Give us the wisdom to use our eyes to see prejudice and inequality and respond; to open our ears to listen and learn from one another. Help us to make our voices heard as we demand justice, and strengthen our hands to build a better, more equitable country where everyone can breathe deeply the pure and holy air of freedom.