You are here: Home » Sermons » Vayechi: The “Immortal” Words of Abraham Joshua Heschel: Thoughts on His 50th Yahrzeit 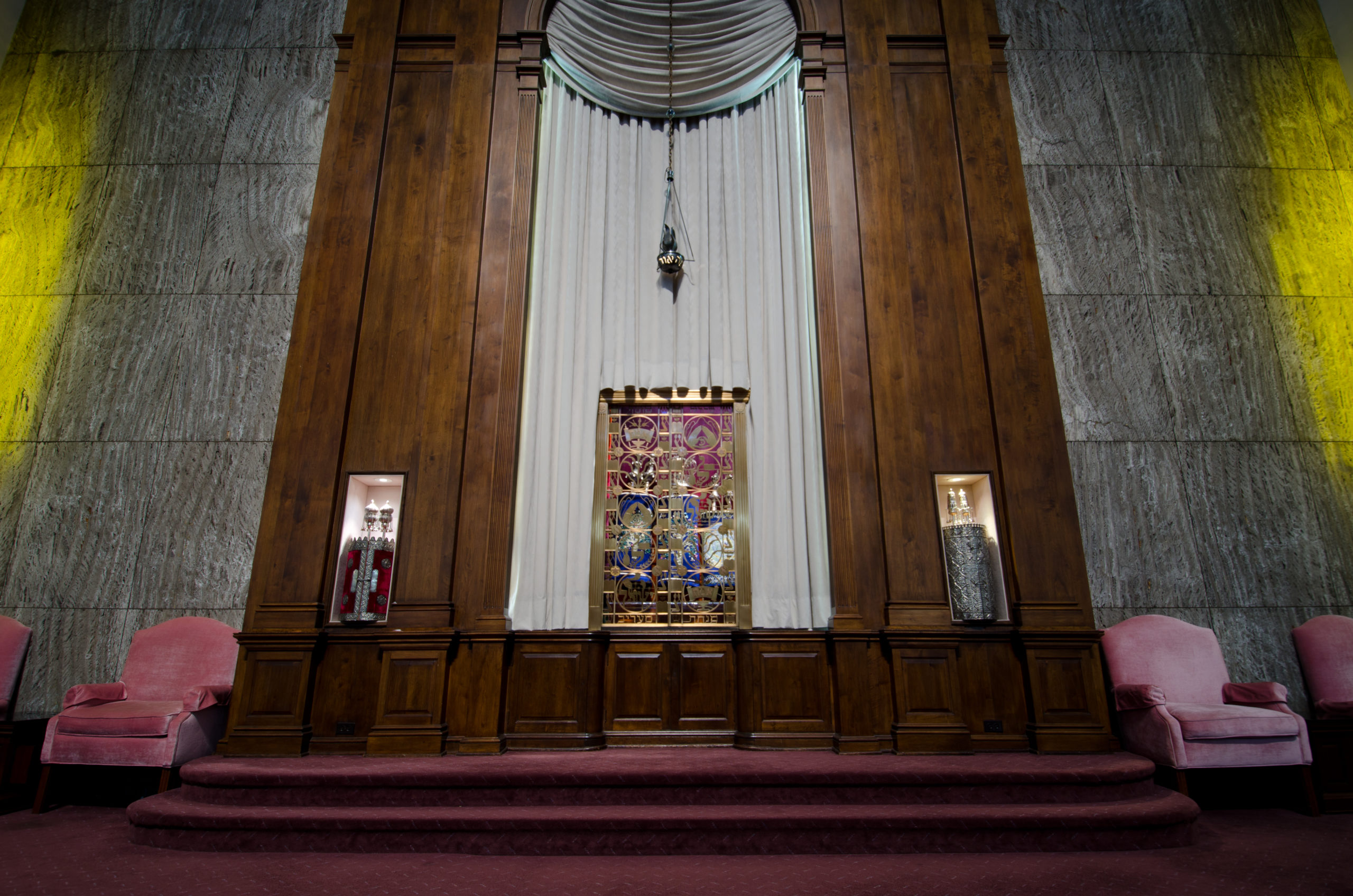 Vayechi: The “Immortal” Words of Abraham Joshua Heschel: Thoughts on His 50th Yahrzeit

There is a story told of two friends who had grown old together.  Serious baseball fans, they would discuss games throughout baseball history and argue controversial calls.  One question eluded them, though: Was there baseball in heaven.?  They made a deal with one another.  Whoever would die first would have to come back and tell the other if there was indeed baseball in heaven.  Hayim died first, and each night, Shmuel went to sleep waiting for Hayim to come and tell him whether baseball is played in heaven.  Finally, one night, Shmuel heard Hayim’s voice calling to him from the great beyond.  Shmuel called out, “Hayim, I knew you would come.  Now tell me, is there baseball in olam habah?”  Hayim said, “Well, my friend, I have some good news and bad news.  The good news is, yes, there is baseball in heaven.”  Shmuel was elated.  “Nu, so what is the bad news?”  Shmuel responded, “Well, my friend, you are pitching tomorrow!”

A story of mortality.  A story about the power of the afterlife!

This Shabbat, we have the second instance of the Torah bestowing immortality on one of our great ones, not to pitch in the world to come, but to be remembered for all eternity.  In each instance, the word Chai opens the Parasha right before death. The first time is Chayei Sarah: the life of Sarah was one hundred years, twenty years, and seven years.  Her death comes so suddenly.  Juxtaposed to the Akedah, Sarah’s death leaves us feeling speechless as we observe Abraham fighting back the pain of loss as he prepares to bury his wife.  His negotiations with the Bnai Chet add insult to injury

But the name Chayei Sarah: Sarah lived was recognized by our commentaries as a reminder that our first Matriarch’s life did not end with the grave.  Her example would live on and continue to inspire throughout time.

Now, this Shabbat, our Parasha begins: Vayechi Yaakov BeEretz Mitzrayim Shevah Asarah Shana: Jacob lived, 17 years in the land of Egypt.  Again, a portion that has Chai, life, in its title will lead to the death of one of our most important figures: Jacob.  Unlike Sarah, Jacob had time to prepare for his death.  We observe through the words of this week’s Torah reading as Jacob prepares those who will come after him with the words of blessings. However, these Brachot are not good wishes, or the stuff of Hallmark cards. Jacob’s blessings are challenges to each of his sons as to how to be the person that Jacob believes them to be; the pitfalls to be avoided; the path forward.  Sefer Bereishith closes with Jacob fulfilling the promise of words in the form of blessings. And so it is that Jacob continues to live on through his words: inspiring powerful commentaries over the years, and artists like Marc Chagall to interpret the blessings into luminous and wondrous works of art.

In the days following the recitation of Vayechi this morning, we will remember another luminary, who words continue to inspire us, and bless those who read them.

This Tuesday evening, we will commemorate the 50th yahrzeit of Abraham Joshua Heschel, who died unexpectedly at the age of 65 in 1972.  Like Jacob, Heschel lives on through his words, his writings.

Truth be told, I was a senior in high school at the time of Heschel’s death, and I am confident that I knew nothing about him or his legacy.

However, I, along with so many of you, am the proof of the power of Vayechi: we are the repositories of a legacy that lives on long after a person’s soul departs this world. Through the inspired words of Heschel, I learned the vital importance of Shabbat; he deeply impacted my understanding of God, of human existence itself; and shaped my responsibilities as a Jew in the larger world. His words live on, as they continue to challenge, educate, and inspire people around the world.

My first encounter with Abraham Joshua Heschel was in college.  I came across his book The Sabbath, and from its opening pages, my understanding of the meaning of Shabbat was forever transformed:

There is a realm of time where the goal is not to have but to be, not to own but to give, not to control but to share, not to subdue but to be in accord. Life goes wrong when the control of space, the acquisition of things of space, becomes our sole concern.

After reading those words, I never thought about the Sabbath the same way again. Never.  A day that never held all the much meaning for me suddenly felt alive, relevant, urgent.  Like so many others who have read the living words of Abraham Joshua Heschel, my eyes were opened to the power and grandeur of the Sabbath.

Heschel introduced me to a God that I did not know existed. The God that I knew of before reading God in Search of Man was a being who made endless demands; one to be feared.  Offering no proof of God, no philosophic inquiry, Heschel began in a place that we can all recognize: that of wonder.  God is to be found in a child examining a flower; a parent looking into the eyes of their newborn child; the feeling of falling in love; or having your breath taken away in the face of the indescribable beauty of the world. Each of those moments point us to something wondrous, something beyond our words to describe.  What Heschel called “the ineffable”.

The God that Heschel introduced me to is directing the first question asked of Adam to me, and to every human being who ever lived: Ayecha: Where are you?  Inherent in these words, according to Heschel, is the idea that something is being asked of us.

For Heschel, history is not the story of the human quest for God, but rather, as he titled his magisterial masterpiece, it is God in Search of Man. God is looking for us, waiting for us. God needs us to be in eternal partnership.  The God that Heschel discovers is not Aristotle’s unmoved mover, or Aquinas’s Ground of Being, but the God of the Prophets, a God of pathos, a God who feels and knows the pain of human suffering. The God of the universe who is tormented by the suffering of the poor, the hungry, the helpless and the hopeless. Ayecha, God cries: something is being asked of you, why do you not hear what I hear? How can you not act in the face of such injustice, such suffering?  AYECHA: Where are you?

Heschel acted on his own words. He taught us all what it means to respond to God’s call from the Garden of Eden:

When President Kennedy called for a White House Conference on race, Heschel sent the President the following telegram the night before:

Race relations are like the weather, everyone talks about it, no one does anything…Churches and synagogues have failed. They must repent. Let religious leaders donate one month’s salary toward a fund for negro housing and education. Declare a State of Emergency — a Marshall Plan for aid for negroes. The hour calls for high moral grandeur and spiritual audacity.

On Heschel’s 50th yahrzeit, as we look at the injustices in this country, the circus taking place in Washington, I ask you: where is that high moral grandeur and spiritual audacity today?  The call from Eden rebounds across the universe: Ayecha: Where are you?  God continues the search for humankind to this very day.

I spoke to a friend yesterday, a rabbi whom I respect very much, and asked what he believed was Heschel’s greatest accomplishment. He said: Abraham Joshua Heschel was able to bring holiness to the English language.  In other words, he was able to transfuse English with the power and holiness of the religious message of Judaism for the modern age.  As a result, 50 years later, Heschel’s words live on, continue to inspire, continue to awaken Jewish souls to the meaning of Shabbat, to the idea of wonder, to a God in search of man, to the responsibility of responding to that which is asked of us.

I close with words that Heschel penned at the end of his life, contemplating mortality and the world to come.

The greatest problem is not how to continue to live forever but how to exalt existence. The cry for a life beyond the grave is presumptuous if there is no cry for eternal life prior to our descending to the grave.

Our greatest problem is not how to continue but how to return. Ma asheev l’Adonai kol tag-mulohee alay. How can I repay unto the Lord all His bountiful dealings with me? asks the Psalmist When life is an answer, death is a homecoming.

Vayechi Yaakov: Our father Jacob lived on through his words of blessing.

Vayehi Avraham: Abraham Joshua Heschel lives on through the blessing of his holy words.

Zecher Zadik L’vracha!  May the memory of a righteous person be for a blessing now, and may his inspired words live long into the future.