You are here: Home » 2022 Annual Meeting of the Congregation 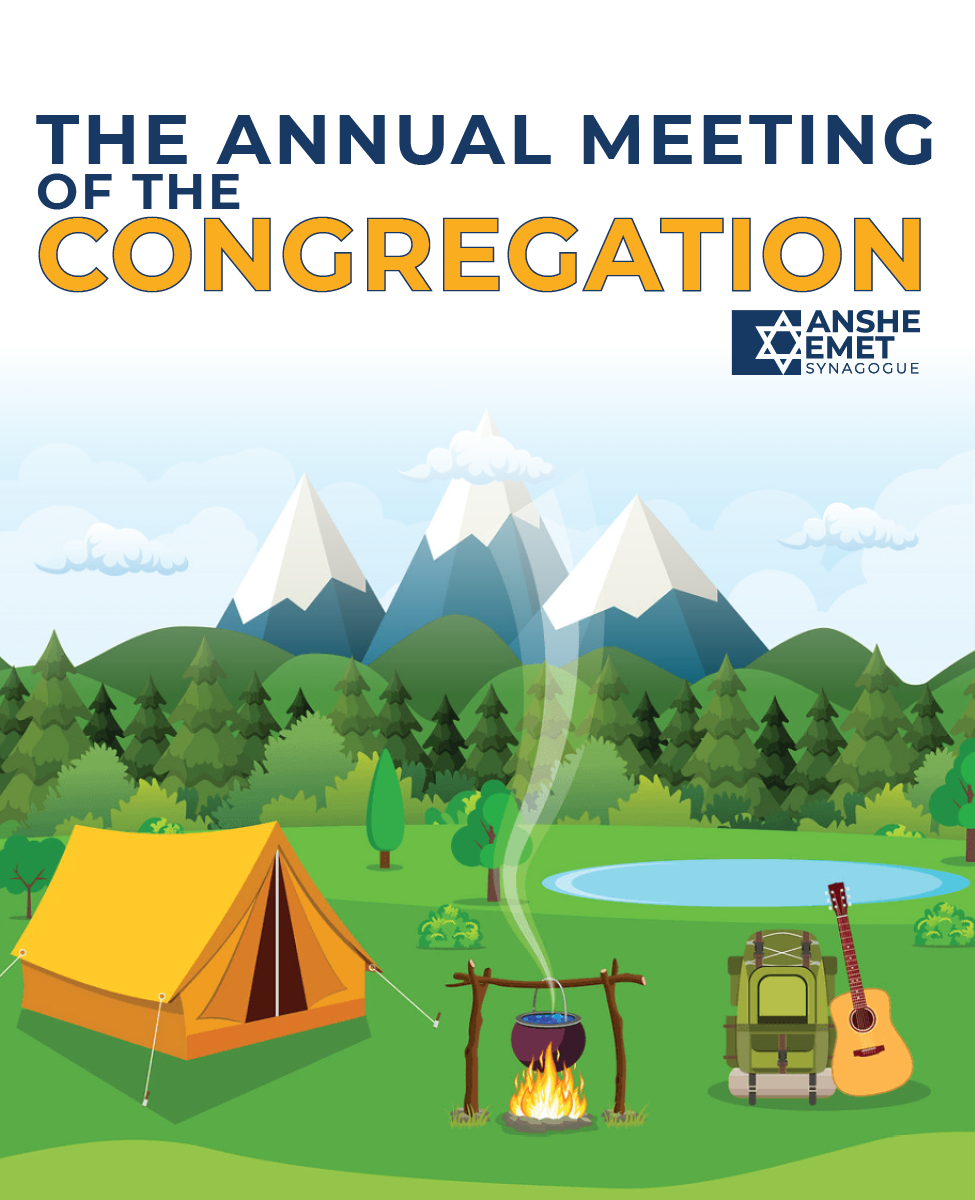 2022 Annual Meeting of the Congregation

Please join us around the campfire as we thank Rabbi David Russo for his service to the Congregation at a BBQ dinner followed by the Anshe Emet Synagogue Annual Meeting!

There is no charge for dinner and instead, we ask for your kind consideration in making a donation to the AES Kids Camp FUNd in Rabbi Russo’s honor. Registration is required.

Following the approval by the Board of Trustees, the following nominations are presented to the congregation for their election at the Annual Meeting.

Trustees remaining in Office until their term expires in 2023 and do not require re-election:
Simon Fleischmann
Jessica Bearak