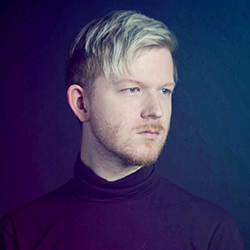 American pianist Chris Reynolds has made a name for himself as both a soloist and a collaborator. His performances have been hailed by Opera News as “exquisite,” and played with “jaw-dropping virtuosity.” In addition to being a C.V. Starr Doctoral Fellow at The Juilliard School, he recently began his third and final season at the Lyric Opera of Chicago as ensemble pianist for the Ryan Opera Center where this season he serves as assistant conductor Proximity, a commissioned triptych of operas by Caroline Shaw, John Luther Adams, and Daniel Bernard Roumain. Last season he served as assistant conductor for Sir David McVicar’s new production of Verdi’s Macbeth, conducted by Enrique Mazzola and starring Craig Colclough and Sondra  Radvanovsky, as well as Barry Kosky’s production of Mozart’s Die Zauberflöte, conducted by Karen Kamensek. Last season also included performances with L.A.Opera, Santa Fe Opera, the Dame Myra Hess Recital Series, and the New York Festival of Song. Prior to his time in Chicago, he completed  the initial run of Intimate Apparel, a new opera by Ricky Ian Gordon and Lynn Nottage  at the Lincoln Center Theater.

He has performed at Bayreuth, Carnegie Hall, and Tanglewood as well as collaborated with WQXR, the Kyoto Summer Music Festival, and National Sawdust. He is a three-time winner of the Juilliard Vocal Arts Honors Recital Auditions, which has led to recitals in Alice Tully Hall with soprano Felicia Moore, mezzo-soprano Natalia Kutateladze, and mezzo-soprano Samantha Hankey. He has been a fellow at both SongFest and the Aspen Music Festival and School, and has worked at the Metropolitan Opera and Lincoln Center Theater as an opera coach/répétiteur. He has given a series of lecture-performances at Columbia University (on Schubert’s Winterreise) and Union College in Schenectady (on Liszt’s Piano Sonata and thematic transformation).

During the summer of 2016 he joined the faculty of the Internationale Meistersinger Akademie in Neumarkt, Germany. His performances there were lauded by critics, including Mittelbayerische who described him as “exceptional” and commended his “sparkling energy and sensitive playing,” as well as Onetz which described him as “brilliant.” In 2015 he was a Schwab Vocal Rising Star at the Caramoor Center for the Arts as part of the NYFOS Emerging Artist Series, and presented two recitals of Italian and Italian-American song. These recitals were enthusiastically received by Opera Newswho hailed him as a pianist who “shows mastery of his instrument,” as well as QOnStage which lauded his playing as “impressive and exquisite.” He has had a long association with the New York Festival of Song (NYFOS), in particular with the eminent pianist and NYFOS founder Steven Blier, performing on numerous NYFOS concerts.

He has been on the voice faculty of the Mostly Modern Festival and William Paterson University. He holds Bachelor and Master of Music degrees from The Juilliard School, where he has studied with Julian Martin, Margo Garrett, Brian Zeger, Lydia Brown, Jonathan Feldman, JJ Penna, and Cameron Stowe.

This October he released his debut album, Past is Prologue with Lexicon Classics, featuring all of his own transcriptions of works ranging from Schumann to KPop.