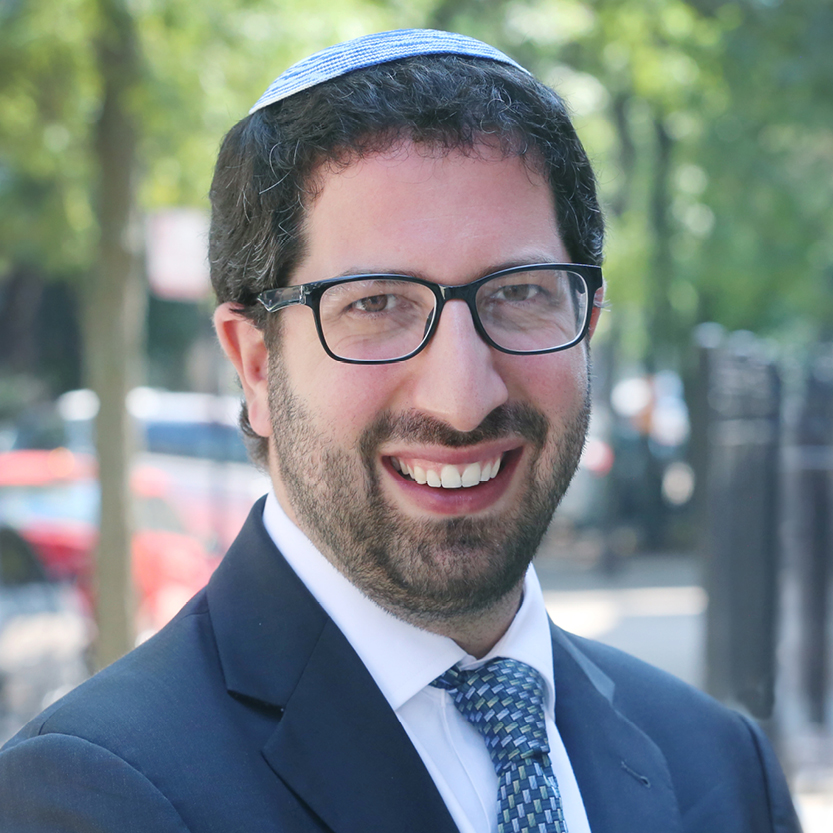 Rabbi David Russo was born and raised in Hamilton, Ontario. He graduated from Toronto’s York University with a Bachelor of Arts in Religious Studies, and completed his rabbinical studies and a Master’s degree in Talmud and Rabbinics at the Jewish Theological Seminary of America. Rabbi Russo is a Wexner Graduate Fellow.

Rabbi Russo spent a year in Israel on the Nativ program, and again as a rabbinical student through JTS. He has spent his summers working with USY, Camp Ramah, Genesis at Brandeis University, and as a group leader for American Jewish World Service’s Volunteer Summer in Uganda. Rabbi Russo came to Anshe Emet in 2011, where he serves as the rabbinic liaison for Anshe Emet’s Rose Crown Minyan (lay-led Shabbat morning minyan), Na’aseh (social action), and Team Yarok (environmental awareness) committees, and oversees many aspects of becoming a Bar/Bat Mitzvah, including the program designed for 6th grade students and their families called j2m (journey 2 mitzvot). Rabbi Russo strives to create a warm and welcoming atmosphere for the Chicago community within the context of meaningful, traditional, and inspiring Jewish practice.

Rabbi Russo enjoys Jewish learning, community service, and most sports (basketball, baseball, frisbee, golf, and more). He lives in Lakeview with his wife, Rebecca, and their three sons, Natan, Leor and Lev