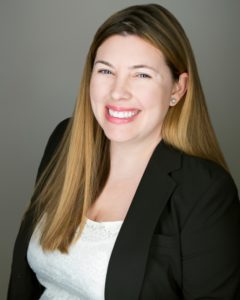 Samantha Isenstein is the Youth and Young Adult Director at Anshe Emet Synagogue in Chicago.  Born and raised in the suburbs of Chicago, Sam attended the University of Illinois at Urbana Champaign where she majored in International Studies with a concentration in the Middle East.   After undergraduate studies, Sam went on to earn her Masters in Jewish Education at the Jewish Theological Seminary of America’s Davidson School of Jewish Education.  She has worked in a various capacities at JCC Chicago Camps, BBYO, and other synagogues.  Currently, Samantha is the immediate Past President of the Jewish Youth Directors Association, the professional organization for Jewish youth staff working in the Conservative Movement.  When Samantha is not working, she loves spending time in the outdoors and visiting national parks.  Sam lives in Chicago with her husband, Brian and son Micah, her daughter Ilana and their dog, Jerry. 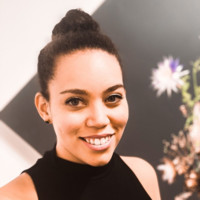 Tani Prell Epstein is the director of Jewish Learning and Engagement at Emanuel Congregation in Chicago, IL, and a student at the Spertus Institute for Jewish Learning and Leadership, where she is pursuing a master’s degree in Jewish Professional Studies. She previously was an arts educator for a Chicago charter school, a Teach for America corps member, and a creative writing major at Macalester College in St. Paul, MN.  She believes that developing inclusive spaces for members of the Jewish community to learn and grow together is vital to ensuring that our future is filled with critical and compassionate thinkers. In her spare time, she enjoys writing, sci-fi, and theater an ideal day would include a combination of all three.

Rabbanit Leah Sarna is originally from Newton, Massachusetts. She has attended the Maimonides School and then went to study Torah in Israel at the Beit Midrash for Women at Migdal Oz. Rabbanit Sarna earned her B.A. in Philosophy & Psychology in 2014 at Yale University, where she also led the Orthodox community and Dwight Hall: the Center for Social Justice and Community Service. During her college years, she had the privilege of continuing her Torah learning at the Drisha Collegiate Kollel and the Center for Modern Torah Leadership Summer Beit Midrash. After college, Rabbanit Sarna attended Yeshivat Maharat in New York City, completing a four year course of study in Jewish Law and Pastoral Care in June 2018. Rabbanit Sarna was also a Wexner Graduate Fellow, a Hartman Rabbinical Student Fellow and a JOIN for Justice Rabbinic and Cantorial Leadership for Public Life Fellow.

Rabbanit Sarna has worked with youth at Camp Yavneh and the Dr. Beth Samuels Drisha High School Program, and she has been the clergy intern at Harvard Hillel, Ohev Sholom: The National Synagogue, and the Hebrew Institute of White Plains. She has also completed a unit of Clinical Pastoral Education at Columbia Presbyterian Hospital and served as a visiting chaplain at the Bedford Hills Correctional Facility for Women. In her free time, she loves to bake bread and play pick-up sports.

Rabbanit Sarna is married to Ethan Schwartz, a native Chicagoan. They both couldn’t be more excited about returning to Ethan’s hometown to serve the ASBI community.